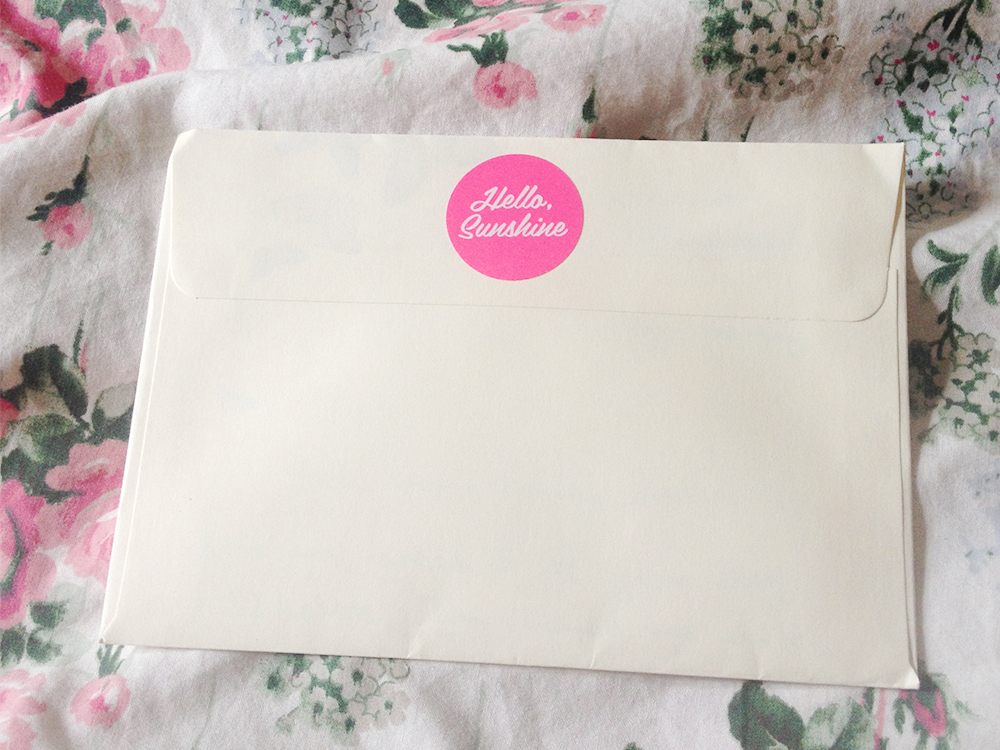 Hello! Hi! Hope you are well!

I am running a little bit late with #52hellos this week, so sorry for that.

I’ve been keeping myself a bit too busy and doing a bit too much this week. I’m slowing down over the weekend, cancelling plans and resting and trying to recharge and feel restored.

Today’s agenda has pretty much been watching Brothers & Sisters, listening to Burial Rites via Audible, drinking tea and making pumpkin soup and muffins. I had a little debate with myself over whether I should make roasted pumpkin soup or regular pumpkin soup. I decided to make half and half pumpkin soup – some roasted and some not. Sometimes you don’t want too much of the roasty pumpkin flavour, you want a bit of the fresh too. This soup is all about that. Kind of fresh enriched with roasted, if that makes any sense. 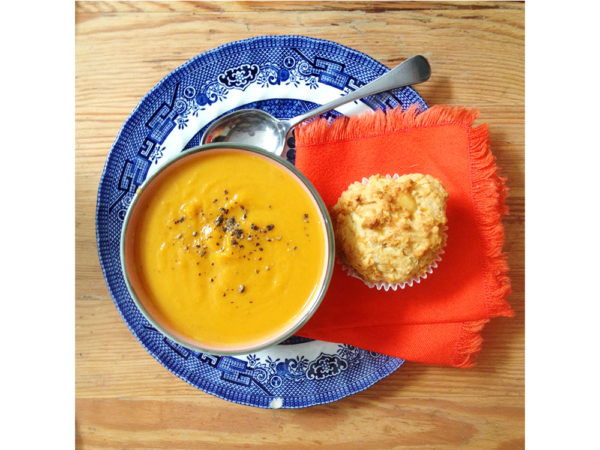 Pip’s Half & Half Pumpkin Soup

First: Slosh some olive oil on a baking tray. Chop one carrot and toss in the oil. Add the 1/2 kg of pumpkin. Sprinkle with black pepper, salt and some sweet paprika. Roast at 400 degrees for about half an hour – or until soft and golden.

Meanwhile: Fry the onion in 2 tbsp of olive oil until soft. Add the other carrot (chopped), the potato and the pumpkin, spices and stock. Simmer for half an hour over a medium-low until the carrot is tender and it all smells delicious.

Then: Add the roasted vegetables to the soup. Puree with a stick mixer or in a blender until smooth.

Taste and add extra salt and pepper if need be. (You can also add extra stock here if the soup is too thick!)

Serve with a slosh of cream or sour cream and plenty of cracked black pepper. Fresh herbs if you fancy. Sriracha if you are spicy like me.

(I made these muffins to serve alongside!) 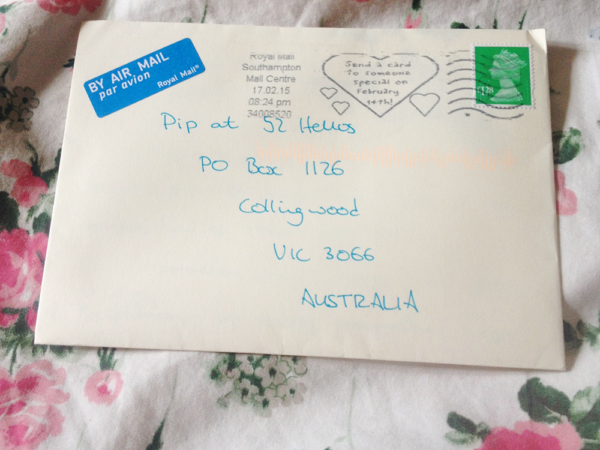 Remember when Chloe wrote and told us that #52hellos had prompted her to write a letter that she had needed to write for a while? Well she wrote back to say that the letter she’d needed to write was well received and important and that it had helped to make amends with someone important. I won’t show you what she wrote, in case it’s a bit too personal, but I thought it was so nice of her to follow up and share that.

Maybe you need to write to someone and have been putting it off? Or make amends with someone who you really would love to have in your life again? #52hellos is really good for that. It totally worked for Chloe and her special person…

(Thanks Chloe. I know I wasn’t the only one wondering how you were going and what it was all about! Thanks heaps for following up!) 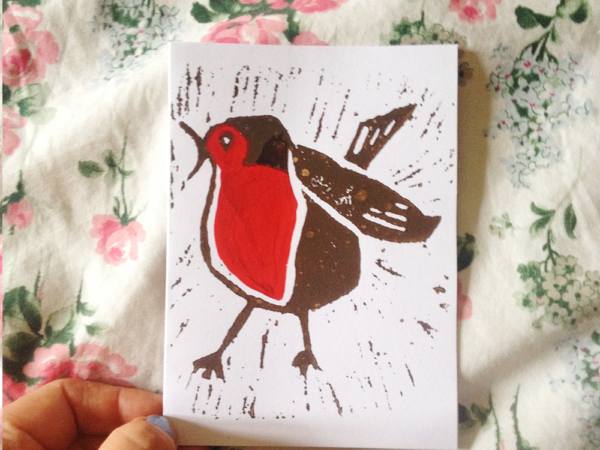 In other #52hellos news, Lucy from Queensland wrote to us – on a robin adorned card designed by her 8 year-old son.

It’s super beautiful and Lucy’s hello is beautiful too. She wrote about her grandmother who she’s been writing to for 40 years. I’ll let you read it in her own words though… 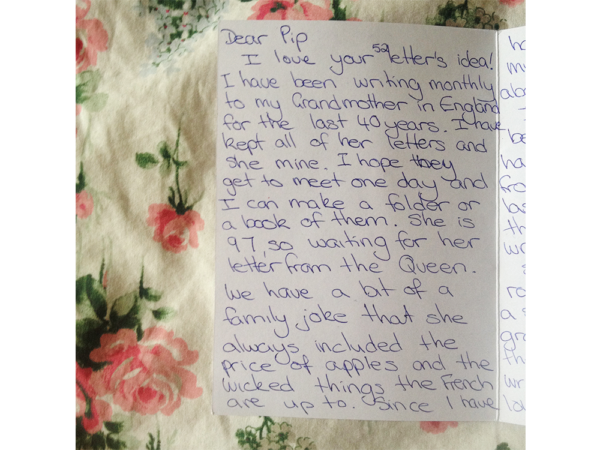 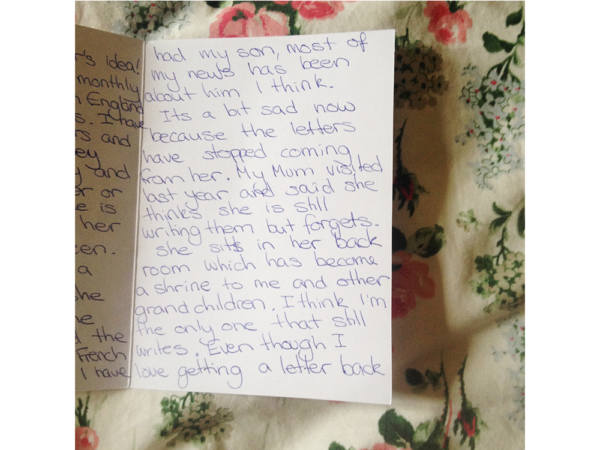 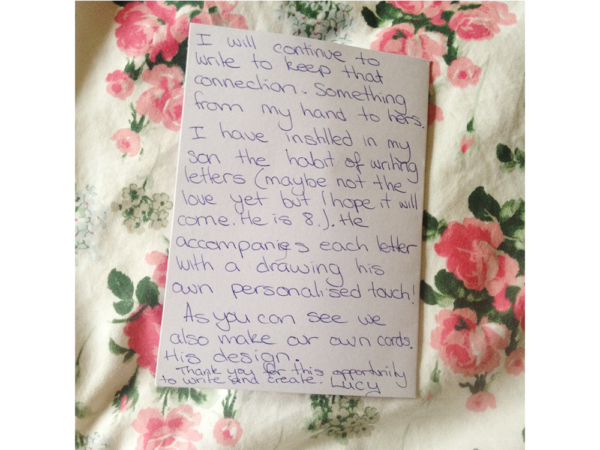 Aw man… It’s so important to try to keep in touch, isn’t it?

I know that my Nan really seems to be very chipper when she’s received a card from me (or Ari!) She says it makes her day. Maybe you could make someone’s day too? Or just take the time to say hello? Or write and make amends?

Thanks to Lucy and Chloe for extra great hellos this week.

More about 52hellos (how to join in!)