As Melbourne’s second lockdown kicked in, I found myself standing at my kitchen bench, considering the newly imposed curfew, battling competing waves of sadness and numbness. There was only one sensible response to this worrying development, it was clear.

I slid pasta into boiling water, cooked it just past al dente, drained it and wrestled it into a bowl. Next I quickly tipped an entire can of Heinz Tomato Soup over the lot, much more soup than would ever seem sensible. I piled way too much grated cheddar cheese (the one in the blue box that’s shelved with the Vegemite at the supermarket) into the bowl and settled onto the couch, fork in hand, for some trashy TV and a medicinal dose of spaghetti.

Every mouthful was comfortingly slippery, tangy and cheesy but more than that, every mouthful took me back to the safety of my childhood when this was a favourite, recurring meal.

It’s still a favourite meal, if I’m honest. One to be trotted out when things are a bit grim or when I’m feeling particularly fragile. One that sparks happiness if mentioned in the company of my siblings. One that connects me to ‘better days’ and makes me feel secure.

In praise of nostalgia

I’m not the only one who’s returning to old favourites during tricky times and it’s not always my favoured low-brow basics that are on the menu.

“I’m always very sentimental about the food I produce,” she confirms. “For example, the ritual of having boiled potatoes and smoked fish or herring on a Sunday morning is just something that I have always done with my family. If I’m ever feeling like I am in a tizz, that’s what I go to.”

Alice says that as lockdown and curfews became the new normal in Melbourne, other non-fishy but equally nostalgic TLC arrived on her doorstep.

“My parents sent me a care package of Russian toasted sunflower seeds,” she explains. “Again, it’s about a food that I’ve grown up with. My grandpa taught me how to toast the sunflower seeds and I would sit there and break them open with my fingers until they were calloused. I’ve got those back in the pantry.” 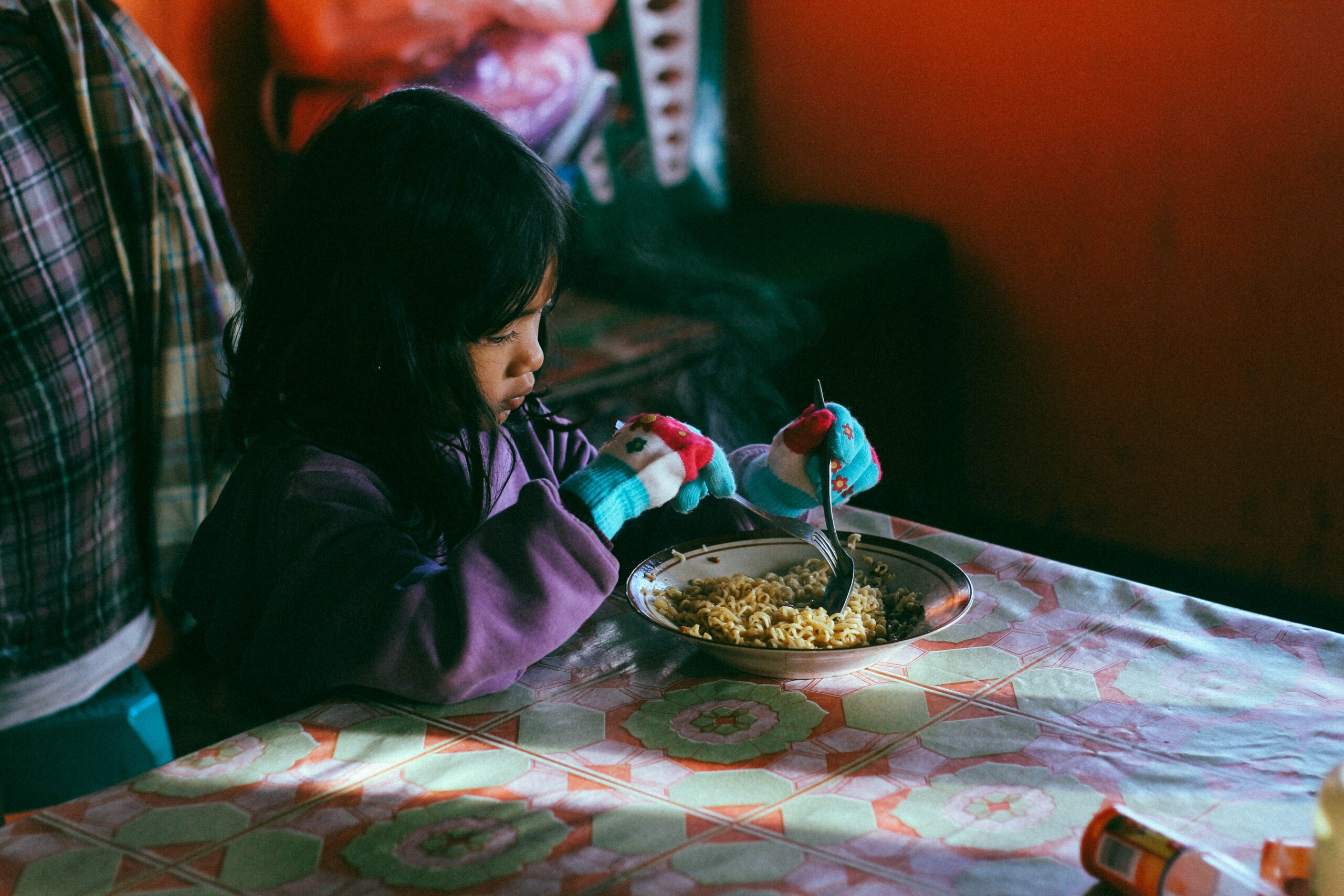 Photo by Kukuh Napaki on Unsplash

Food memories are often enduring and evocative, pulling us back into another time and place when things may have, even for just a short while, felt less complicated. It may only take a familiar smell or mention of a dish to reignite them.

Dr Amanda Barnier is a Professor of Cognitive Science at Sydney’s Macquarie University. She says that these foodie memories may be particularly easy to hook into and they play an important role in affirming our identity.

“Eating a wonderful family meal, the roast that you had every Sunday … it’s a memory that tells something about you as a person, the connections you have, your family, your values,” Dr Barnier says.

“At the moment we’re separated from family and important people and we think back on those events. The ones that come to mind might be those that reinforce the importance of family.”

More than that, these nostalgic cravings can contribute to our wellbeing when times are tough.

“This recreation of past experience might be holding people in a safe identity when the world doesn’t feel very safe,” Dr Barnier says.

Photo by Annie Spratt on Unsplash

The taste of home

Melbourne-based food historian and author of Me and My Big Mouth, Jan O’Connell points out that Australians have a long history of turning to food when life is challenging.

“The first wave of European immigrants that came after World War 2 felt a lot of nostalgia for their homelands. Most of them were accommodated in immigration camps and the food that they were served there was appalling,” O’Connell says.

“They had too much mutton, too much rabbit, boiled vegetables and tea. They were used to olive oil, coffee, pasta and fresh vegetables. As a result, in specific areas mostly in major cities, stores popped up selling those things specifically to immigrant communities. Slowly ‘Anglo’ Australians began to realise these things were really good and it percolated out into the community.”

Further waves of immigration have brought with them other culturally specific foodie precincts in Melbourne suburbs like Richmond, Balaclava, the CBD, Dandenong, Footscray, Oakleigh and Carlton, ensuring that Victorians can access the ingredients they needed to feel at home.

Some families may be returning to more basic home cooking because they’re shopping on a tighter budget or shopping less frequently during COVID and relying on stockpiled pantry basics more.

“Shopping once a week means you have to be a bit more reliant on what’s in the cupboard,” O’Connell points out. “This might be steering a trend towards more traditional recipes and old favourites that you can build from what’s in the pantry.”

The research certainly supports this. A group of Monash University researchers have been talking to parents of primary school-aged children over the last couple of years. They’ve found that pre-pandemic, family mealtimes were a challenge due to the time-crunch commuting and family life once was.

Staying at home has sparked a shift to what they describe as a “slower, more traditional approach to family food preparation and shared consumption” for many.

Old-fashioned, slow food practices such as pickling, fermenting and baking have become more popular and there’s a new focus on meal planning and once-a-week shopping.

The story is different for families who are struggling financially. They may be struggling to get food on the table and returning to basics out of necessity rather than nostalgia.

Pandemic or not we can create positive memories and lay the groundwork for wellbeing simply by eating together. 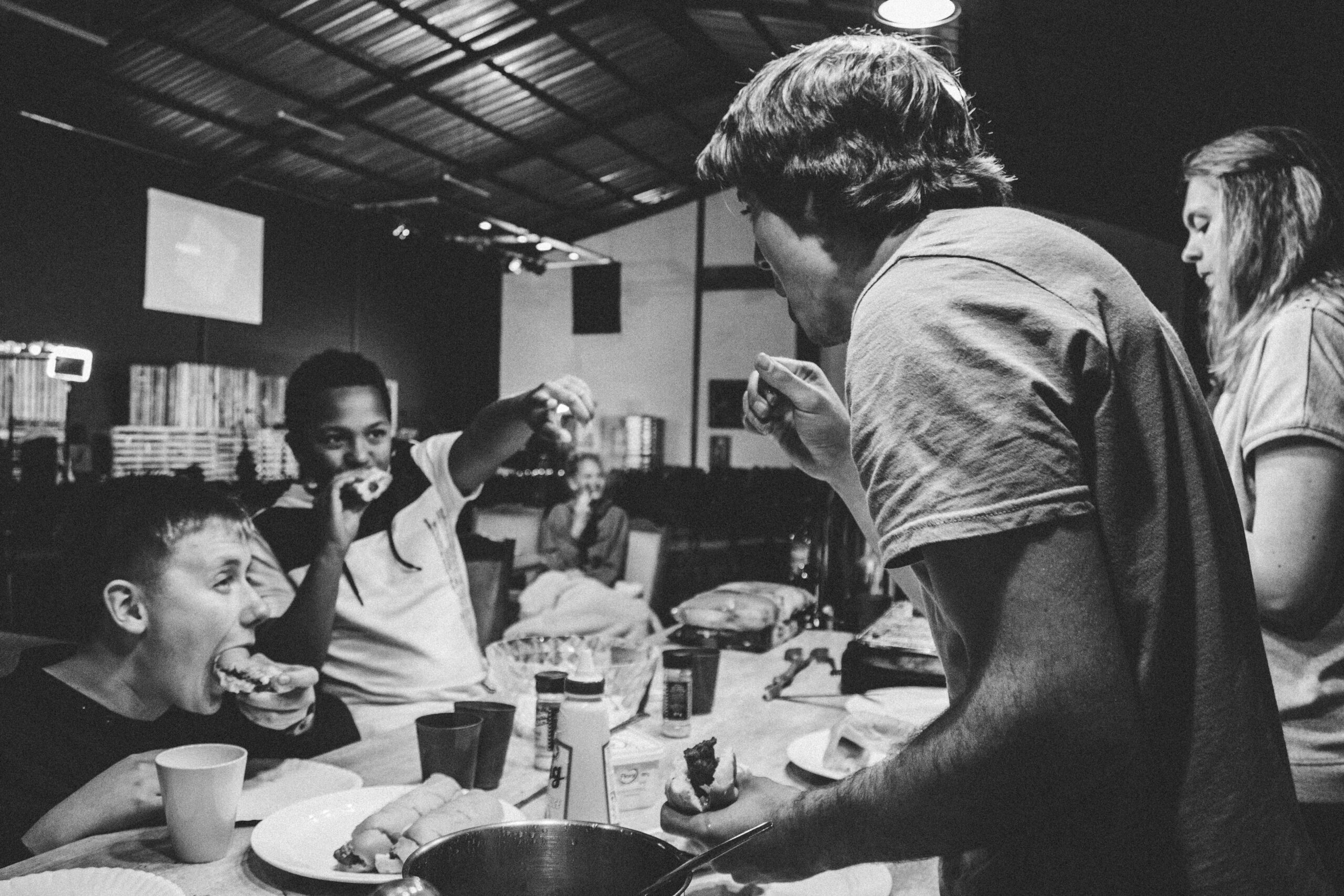 Photo by Jaco Pretorius on Unsplash

The safety of spaghetti (and storytelling)

Emory University Professor of Psychology Dr Robyn Fivush has studied the impact of sharing food and stories during childhood on US children’s mental wellbeing. She’s found that families who share meals together on a regular basis have children with healthier self-esteem, more developed social skills and more robust resilience when compared to peers.

“Sometimes food is just one element of something bigger – connecting and sharing stories together,” Macquarie University’s Dr Barnier explains.

“Sitting together, at this moment when everything seems so challenging and disrupted, this dinner time ritual can provide safety.”

US-based The Family Dinner Project has been championing dinnertime as an opportunity for family members to connect through food and conversation for over a decade. An initiative of Boston’s Massachusetts General Hospital’s Psychiatry Academy, its been providing recipes, family discussion ideas and research to inspire more of this positive memory-making.

Nostalgic favourites can be a great jumping-off point for the eating and the storytelling, with grandma’s pudding, dad’s favourite cheese and kabana, the next-door-neighbour’s brilliant dumplings or mum’s curry providing a delicious conversation starter. They could also be the foods your child returns to in their adult life. Their very own version of ready-to-hull sunflower seeds or perfectly overcooked spaghetti, perhaps? 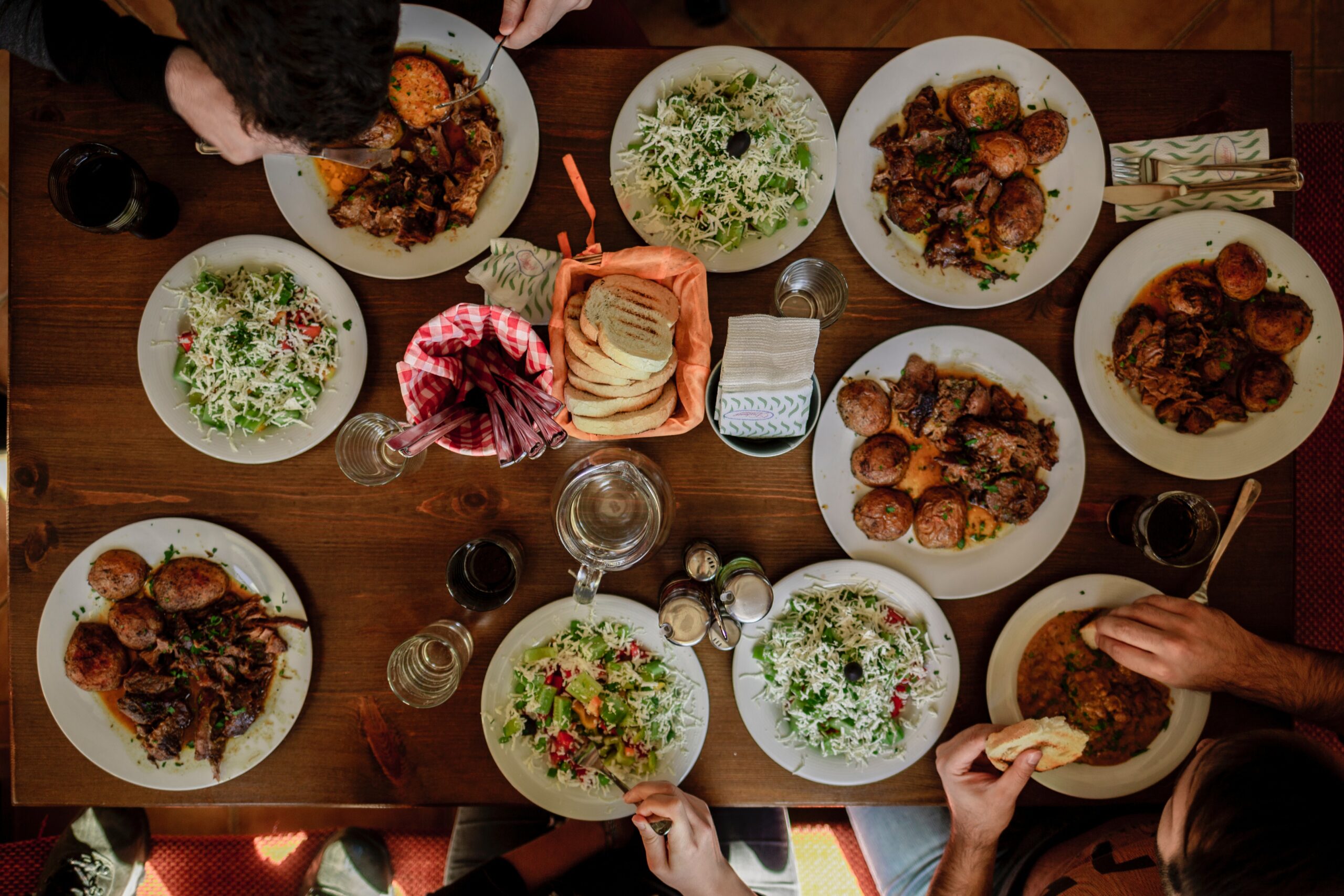 Photo by Stefan Vladimirov on Unsplash

Cooking and craving during Melbourne’s lockdown

“The childhood food I default to is tinned tomato soup. But I have made a self-saucing chocolate pudding a few times this lockdown. And golden syrup pudding too. My kids love it when I make them cinnamon toast.” @eglantinescake

“Cauliflower cheese! Seriously how did my mum find the time to make cheesy white sauce (with wholemeal flour thanks Moosewood Cookbook) AND bake it? I requested this on multiple birthday dinners.” @mirandaivey

“When I’m feeling a bit of a sad sack, I love vegemite toast or SAOs and hot sweet tea like Mum would proffer when we’d been sick.” @EdDesignerSRH

“I’ve baked an apricot loaf that must have come off the All-Bran box a couple of times recently. My mum used to make it all the time.” @MsFriedmann

“Mac and cheese. [Reminds me of] being warm and dry after sport as a kid.” @nottheword

Note: I wrote this story for a University assessment. I then tried to get it published in local media, but things are topsy turvy at the moment and freelance budgets are tight. PLUS? I’m a fledgling feature writer. In other words … I had no luck! Thus I’m sharing it here, with a huge thanks to the legends who gave up their time to chat to me about nostalgic food cravings.