:: The New Puberty Blues : Episode One 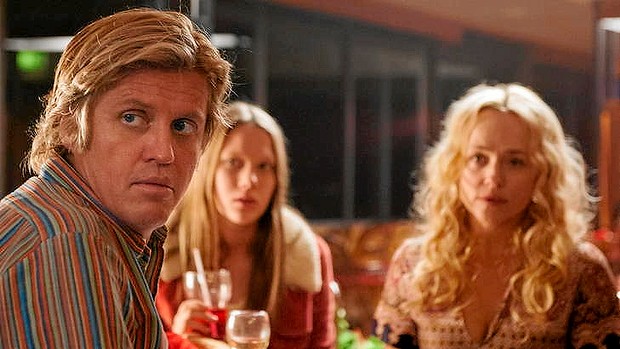 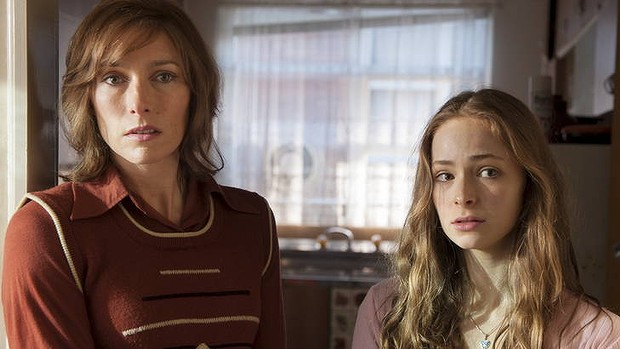 If you live in Australia, you might have watched Puberty Blues last night? It was the premiere ep, and I know that some people took advantage of the preview on Facebook, but I decided to wait and watch it on telly instead.  How about you?
What did you think?
I rewatched the original on the weekend, to get a bit of a refesher. And I just downloaded the eBook too (it has JUST been released! Yay!)  So I’m all primed to chat PB for the next few weeks, and follow Sue and Debbie as they skip from childhood into the much more fraught world of the early 80s teenager.
There was LOTS of chatter on Twitter about #pubertyblues : I stayed away for most of the show, because I really just wanted to focus on the telly, ya know?  I was pretty convinced a lot of the tweets would be comparing the old PB to the new PB.  I wanted to take it on its own merits, ya know?
I thought it was pretty great. I thought they did a great job establishing the main characters, showing that they were really just a bunch of kids, that they grew up in rad houses with flawed families, that they were just trying to work out how to do the things they were MEANT to do, while still having time for the things they wanted to do.
I think they really spent a lot of time establishing the parent characters too, steering the show away from a teen drama and stretching things to include all kinds of relationships.  I’m into that. I was worried that it might be too narrow. Too teenage.  Of course I need not have worried.  I am busting to see why Susie Porter is flashing her boobs at the tradies next door. OMG.
YES, the wardrobe, props and some of the sets were not true to the era. But this is a reinvention, a reinterpretation, a modernisation of a beloved classic.  I’m not sure what it would have looked like if everything was absolutely accurate. I think we might have pointed and laughed our way through it?  I quite like the updated twist.  (Having said that, the Green Eggs and Ham book made me shudder. I wished that someone had snaffled something more era appropriate, rather than the glossy, soft cover that was shown.)  Yes, the hair-dos were nicer than back in the day.  Yes, the bikinis were all wrong.  But I think that this is a nod to the fact that’s it an update, not a reenactment?  That’s how I perceived it, anyway.
There were lots of 70s and early 80s icons dotted through the show.  And lots of rad Australianisms.  Splice, moselle, riesling, ANZACS, chiko rolls, it all rolled out.  Maybe they were a little heavy-handed, but I’m not sure there’s a light handed approach with a chiko roll. Correct me if I’m wrong.
I loved that they cast Claudia Karvan as the school principal (formerly played by the late Bud Tingwell.)  And Susie Porter is fabulously on-edge as Sue’s mum.  You can read more about the cast and crew on this post I wrote a few weeks ago.  (Also don’t forget to check out the soon-to-be-released Puberty Blues photographic book : details here.)
I especially loved Ashleigh Cummings and Brenna Harding as our rad new Debbie and Sue. They were so great to watch and reminded me so much of my 14 year old self. Cringe!
I’m a fan of the old version. I’m a fan of the new version. And both versions make me feel nostalgic, happy and uncomfortable, all at once!
Here’s a little rundown of what everyone else thought of Puberty Blues, plus some clips and images I dug up about the internet.  Enjoy! (If you can’t see this on your mobile device or reader click here : you really should because there’s heaps of ace stuff!)
And tell me what you thought of Episode One, if you have time to comment! Did you love it? Did you not watch? Did bits of it irk you? Did it make you wish for a glass of reisling? Did you want to smooth your A-Line skirt, slip into some cork wedges and Cedel your hair?!  Could you smell the 4711?!
(Buy the original Kathy Lette/Gabrielle Carey book here, too!)
(Watch episode one here : if you live in Australia)