Prams and Pokémon and Puffins and Peanut Butter Sandwiches 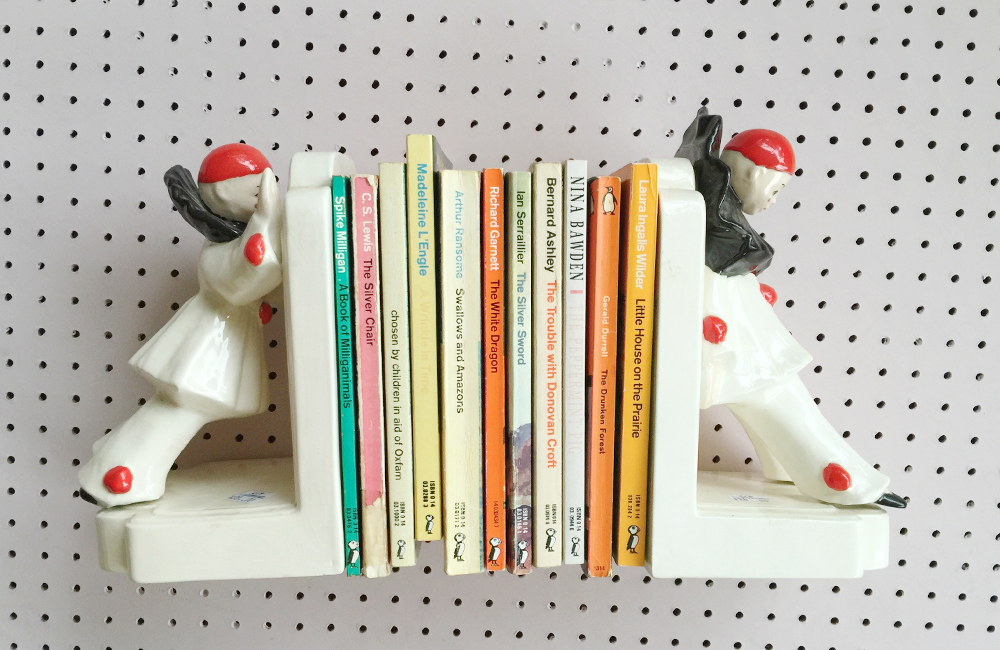 When my kids were small, we lived for a while in a weatherboard house in Melbourne’s Eastern suburbs.  It was owned by a former AFL footballer. His investment property, it would seem.

The house had been renovated in the ‘80s and featured more than its fair share of cork floor tiles and mirrored wardrobes. A giant hook hung above the only place you could legitimately place your bed in the master bedroom, and we often wondered who put that there and pondered why.

Twenty minutes’ walk from this house was a St Vincent De Paul op shop. It was the ‘90s. Op shops were musty, messy and mothball fragranced. The volunteers shuffled around slowly and there was none of the slick professionalism that the op shops of today have embraced.

Items were shoved on shelves willy-nilly. Garments were priced to sell. Books overstocked and delightfully piled up. Electrical appliances offered for a song. Perhaps tested. Perhaps not.

I was home with my littlest two at this point. After the school run for my eldest was sorted, the breakfast chaos was tidied away as the boys sprawled sleepily amongst giant cushions on the floor watching Spiderman or Hulk or Pokémon on the telly.

At around 10am we’d pull the front door closed, they’d pile into the old Emmalunga stroller – navy blue with a giant basket underneath – and we’d roll out the front gate and head around the corner to the main road.

On one side was a cemetery, the cemetery I much later realised my great-grandfather (also a writer) and some other family members were buried in. On the other side there was a community centre and a row of exposed houses, rattled by the trams that passed by every few minutes.

We’d then head up the hill, past a row of shops and onward to the Vinnies. We’d navigate the front steps (not easy with a giant pram, but you quickly sort it out and manage it quickly) and then roll into the shop, hearts pitter-pattering with excited anticipation.

My kids were expertly trained in the art of finding treasures. My middle kiddo declared he’d put his “op shop eyes” on, demonstrating the sweeping, scanning eye motion that was necessary if you sought to see lots of things quickly.

The boys would tumble out of the pram and run to the toy section. You were allowed to run in op shops back then.

I’d push the empty pram around, trying not to get in other customers’ way, as I stopped, turned things over, put them in the pram.

Occasionally one of the kids would come to show me something or request a sultana or a glug of the water bottle that was in the pocket of the pram.

After circumnavigating the shop for a good half hour, the boys would trot with me up to the counter to pay, toys in hand.

Then they’d scramble back into the pram and we’d wrangle the shop door and steps and head back towards the strip of shops. We’d buy juice boxes and a Freddo frog each from the little supermarket there. Then they’d settle in in earnest to play with the (non-bagged) toys while the jug and stapler and other treasures rattled under them in the basket.

We were ambling down the main road hill, but they were oblivious to the trucks and trams and buses rushing by, engrossed instead in speaking in special toy voices, fully immersed in a series of delicate play negotiations.

When we got home, I’d leave the pram on the veranda and we’d assemble our haul in the living room for closer examination.

I’d put the kettle on and make a cup of tea, then flip through the magazines, dog-earing pages for future cooking inspiration. Perhaps I’d have a biscuit, even. Then try on the dress in front of those mirrored robes.

The boys would spread everything they bought out on the living room floor and again begin to play a series of very complicated, cute and conversational games.

It would be lunchtime before we knew it. Peanut butter sandwiches, perhaps?