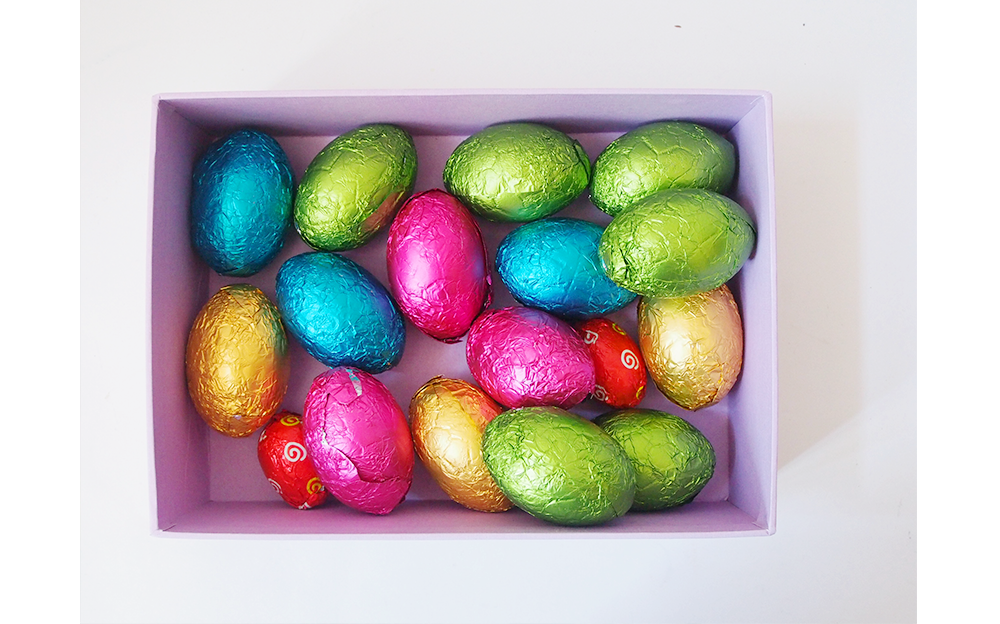 I know you’ve been desperate to know what’s going on with me, so here I am with a new instalment of Pip’s Holiday Diary. #snort

Well. I have lots of doing things plans for these holidays, but it’s also turned out that I have been able to spend a lot of time with my youngest (grown up) kid.

I had not expected that because he has a very busy life, but jeepers it’s been so nice and restorative. We’ve been hanging out a lot and doing the sorts of things we both like doing.

For instance, we went to the Camberwell Market and bought some bargain records (Me: Carole King Tapestry which most certainly does contain the Gilmore Girls theme tune – Him: a Beastie Boys 12”). 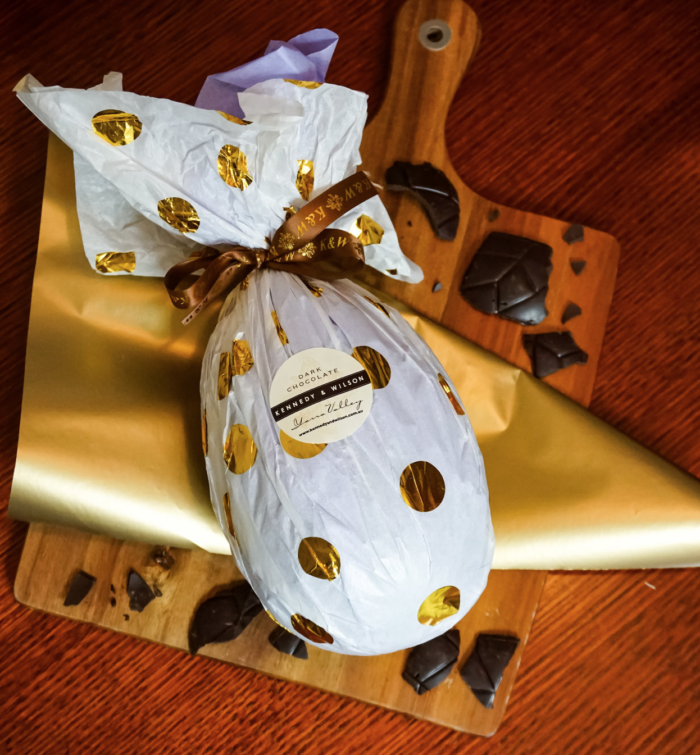 We went to a chocolate shop in Ivanhoe on Easter Saturday and bought two Kennedy and Wilson Easter eggs (a family favourite). We got a white chocolate one and a milk chocolate one. They come wrapped in coloured tissue paper and tied with ribbon. They also taste as good as they look.

We went to the Vic Market and bought some nice little tomatoes, eggplant dip, Turkish bread, smokey ham, fresh herbs and nice potatoes. (I already had lots of other things at home, but we just needed some extra bits.)

We went to yum cha on Sunday and sat at a table by the kitchen door as steaming trolleys laden with dumplings, prawn toast, BBQ pork buns and roast duck were wheeled past us. Naturally we over ordered, but made a plan for next time to count our dishes so we know when to stop … because your eyes are so often way ahead of your stomach when it comes to yum cha. #SharkFinInn

Apart from that, we did some record shopping at Dutch Vinyl (Me: Sweet and Sour Soundtrack LP – Him: A Tom Waits album.) The Dutch Vinyl guy and I had a funny chat about Sweet and Sour and David Reyne in particular #snort! “Whatever happened to Sandra?” and “Did you know Tracy Mann recently popped up on Rosehaven?!”

At some point over easter we ate a few Banh Mi too – from Anne’s Pantry – because those are both of our favourites. #WithChilli

I’ve started making an improvised quilt which is super exciting and I will post photos when I have gotten a little further.  And I’ve also started on a very blinking cheerful and colourful blanket in a very basic granny stripe – easy to do while watching telly – just feel ahead or the next gap and hook into it. No need to look at your work.

I watched the live Coachella stream a bit on Sunday. In fact I stayed up most of the night waiting for the Kanye West Sunday Service and it was honestly worth the wait. I know people hate Kanye but I don’t. The Sunday Service was pretty amazing with a brilliant choir who stood in the sun for what must have been close to 2 hours dancing, singing hymns and weaving some of Kanye’s work into the whole thing. Kind of incredible. But again, some people hated it. But I didn’t.

Billie Eilish was also brilliant, as was Kid Cudi (IMO!) I am going to watch Janelle Monae today because I missed her bit. In fact I missed a lot, as is often the case if a festival runs over two weekends in another continent and the ‘live stream’ is ‘curated’ and not always live.

Today I am waiting for my new scratch-and-dent sale fridge to arrive (between 12 and 2!) because my old fridge is not working properly and all the door shelves have broken and cost close to $400 to replace. How shelves can cost so much I have no idea, so it seemed more prudent to buy a new slightly bumped up fridge on interest-free instead of hanging in there with one that’s a decade old.

Fridge shelves seem like a good business to be in. Also? Not related but why are soy sauce fish still a thing? I see them on the ground all over the place and they should be outlawed, I tell you. A new sort of soy sauce single serve device would be a good business to be in too. The kind that is not plastic and totally bad for the earth. Get amongst it. Maybe someone has and I don’t know?

I’ve been listening to my records (how good is this one?!) and loving it that kid and I are really bonding over record store visits. We’ve popped into quite a few over the last week and it’s super cute to annoy him by bumping shoulders with him as he flips through the albums. (Or ‘vinyls’ as the kids now say). How nobody has made an illustrated map of Melbourne’s record stores is beyond me … there are so many great ones, right? Maybe someone has and I don’t know?

I’ve been watching a few things apart from Coachella. I watched Nick Cave live at Glastonbury on YouTube and it was so so so good. Imagine Nick Cave walking on you like that? It looks painful but also memorable.

I’m also watching a show called Unforgotten on Stan. It stars Nicola Walker who I absolutely ADORE. She was also in Last Tango In Halifax (which I LOVED because Sarah freaking Lancashire!) too. It’s really good if you are looking for something to watch. 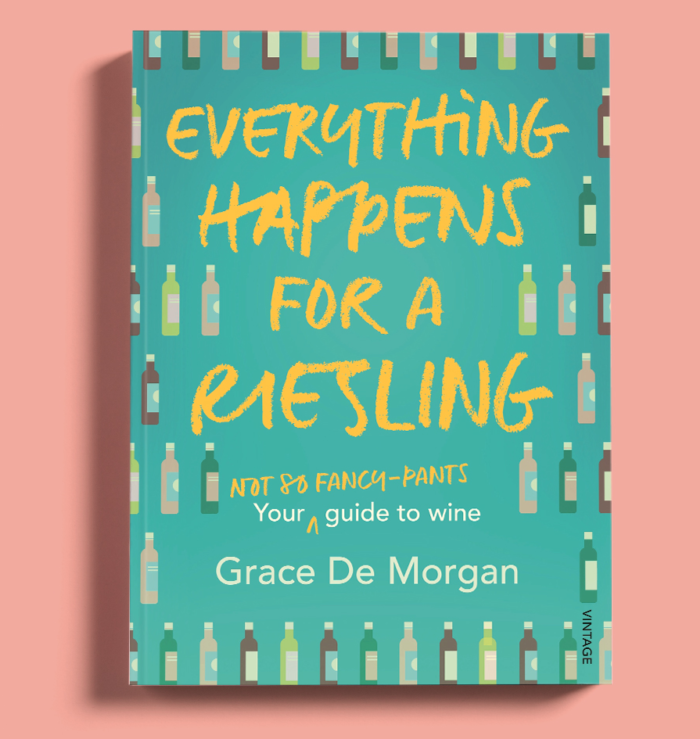 I’m reading a book by the clue-y and engaging Grace De Morgan – about wine – too. It’s called Everything Happens For A Riesling and it’s excellent and funny, with cameos by wine experts as well as Benjamin Law and Rosie Waterland. I’m taking plenty ‘o notes on Post Its and slipping them into the pages, because I really want to learn more about wine and this book is ace for that. I even downloaded a WINE APP, y’all.

Growing up some of the adults in my life (not you mum/nan!) unfortunately had some struggles with alcohol, so I have always been a bit gun-shy. In fact one adult in my life told me that I – the middle child – was most likely to become an alcoholic. I took this to heart and was always very careful/slightly neurotic about drinking but here we are 50 years into my life and I still haven’t become the middle child problem drinker, so I figure I’m safe to wade in and find out more about FINE WINE! #FarnWarn

The good thing about Grace’s book is that it’s not snobby or alienating. Instead it’s a sort of helpful hand-hold as you wander through the bottle-o which means it’s just the sort of book someone like me needs. 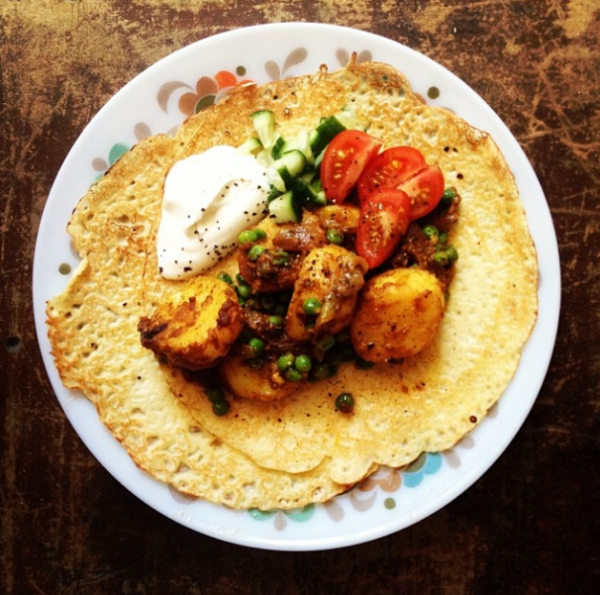 Potato curry is good with dosa too, right?

What about cooking? Ummmm … I made a potato curry for breakfast on Friday because that’s the sort of crazy lady I am. We had it on hot rice for starters and then I had it on toast later in the day. Potato curry on toast is a family favourite and I’m into it in an unnaturally big way.

Kid had a craving for something super solid on Saturday, so I made some seared skirt steak with creamy mash and peas. I roasted some cherry tomatoes with finely sliced red onion , thyme and olive oil too. I had that on mine, but kid hates that so he didn’t. 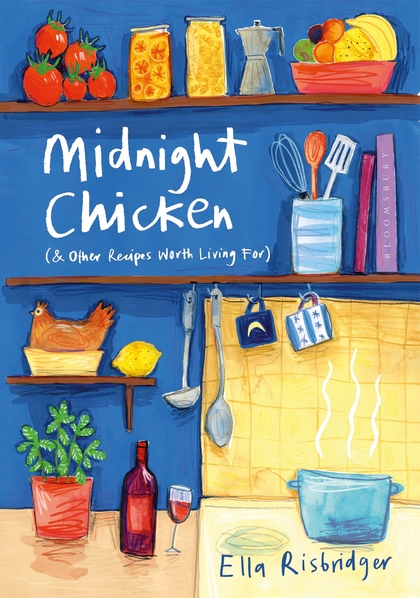 I think I will make sausos and mash tonight, because we both fancy bolstering things. With that in mind I’ve been enjoying kefir at breakfast time and kimchi on the daily and scrambled eggs on brown bread toast (without the milk in the eggs because it’s so much nicer with eggs only, I now realise, thanks to a brilliant and very favourite book called Midnight Chicken and Other Recipes Worth Living For by Ella Risbridger) #EggsOnly #PepperAtTheEnd

Today – apart from fridge waiting – I am going to tidy up because the land lord is visiting tomorrow. I’m also going to work on my quilt and crochet my blanket.

It’s all a bit nice and how good are holidays? Sheesh.

To be totally frank I’m still intensely worried about the hypothetical something not nice around the corner, but that is just my life now after navigating some years of tough times. PTSD vibes and all. I am simply going to trust the universe and push on and push the worried tear-ing up away. Grab the nice times while they are about, you know? Enjoy the gems while they are sparkling!

PS – none of these links are sponsored or affiliate links. Absolutely no kickbacks or sneaky advertising here. Just things I love – and have bought at full price – and think you might love too. I will always tell you if someone gives me a thing for free or at a discount, and I go on to recommend it. 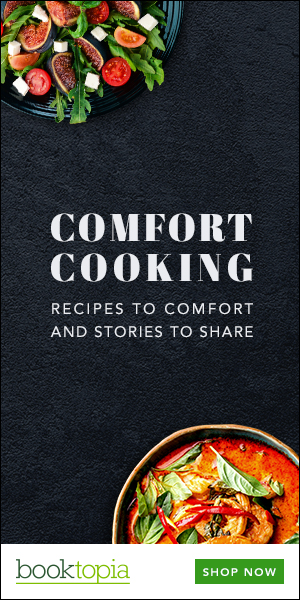 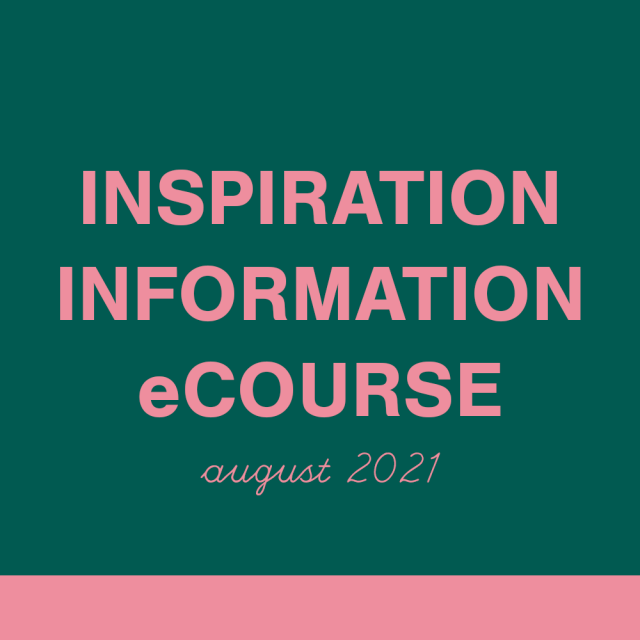