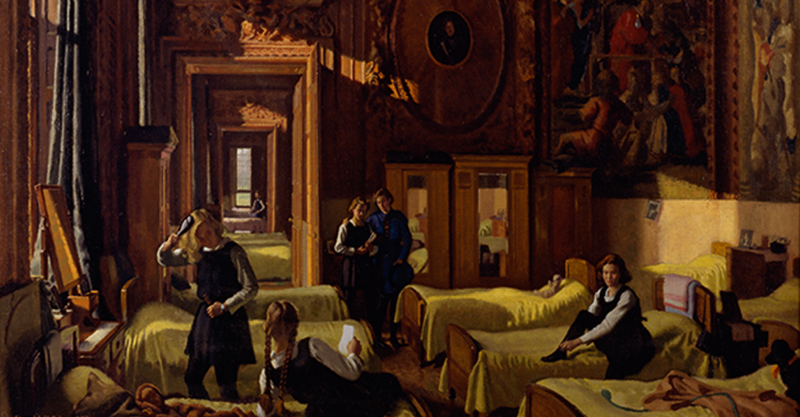 I am quite interested in these big old houses – like Chatsworth – and what went on in them. If you are interested in this kinda stuff – and you don’t know this yet – there are some good documentaries on Netflix about them. Just in case you are and didn’t realise that.

Chatsworth has been home to the very well-to-do Cavendish family since 1549 and is currently being restored (pretty freaking amazingly) by the Duke and Duchess of Devonshire. Actually it’s probably always being restored, but the exterior has been the focus of a particularly intensive project recently and it’s come up looking brilliant. And by brilliant I mean brilliant. It’s bling-y and sparkling and gives a much better glimpse at what it might have looked like back in the day. Before it got a bit dusty and bumped up (as we all do!)

Its popped up in films like The Duchess (I LOVE THAT FILM), The Crown, Death Comes to Pemberley and Pride and Prejudice – and was even MENTIONED in the book P&P as one of Mr Darcy’s homes. 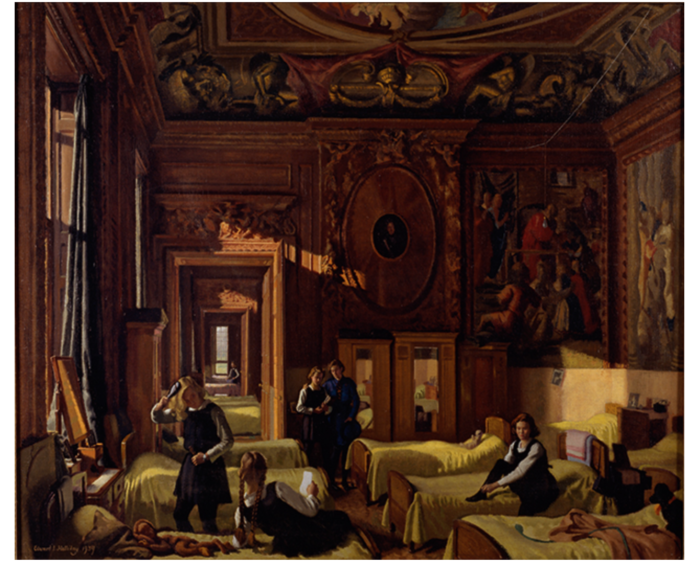 In September of 1939, as World World 2 broke out, country estates like Chatsworth were put to good use. They housed troops or evacuees, so the 10th Duke of Devonshire packed up the contents and arranged for schoolgirls to move in (rather than rowdy soldiers).

The girls were from Penrhos College and it seems they got pretty rowdy at times, too.

Not only did they ice skate on Chatsworth’s frozen pond, years after they’d cleared out, chocolate wrappers were found stuffed inside the lining of the priceless tapestries that lined Chatsworth’s opulent State Drawing Room.

During the girls’ time at Chatsworth the masterpiece-lined State Drawing Room served as a dormitory, with little iron beds in rows. (See those here!)

OBVIOUSLY with all those far-from-home kiddos, there were some midnight feasts going on, despite the fact that the girls were meant to have limited sweets because … squabbles. A kind but concerned school principal Miss Smith wrote to parents:

‘I do not at all mind girls having a small amount of sweets bought for them when Parents come over, but I would ask that they should not bring in more than can be kept in a fairly small tin box. I ask this partly again for the sake of equality and partly because if this is not done we get mice in the rooms’. (Read more here) 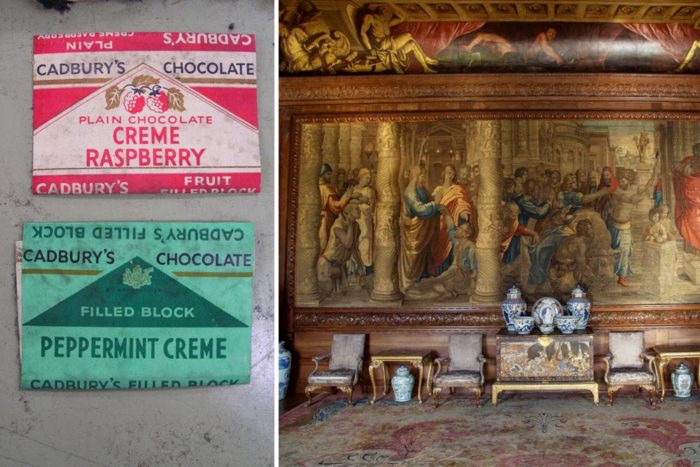 Via the Chatsworth blog

As many will know two of the tapestries from the State Drawing room are undergoing conservation. What we didn’t expect to find behind them were chocolate wrappers! It was a great surprise to the textile conservators who discovered the two remarkably well preserved Cadbury chocolate bar wrappers inside the linings. They were found low in the border, neatly folded and still brightly coloured. This was a great mystery as the tapestries had not been moved since the 1830’s and all the edges were sealed.

The archivist at the Cadbury museum has dated the wrapper designs to the mid/late 1930’s and my suspicions have turned to mischievous Penrhos College girls who were sleeping in the State Drawing room. The conservators have confirmed that there are some splits higher in the design and it seems most likely that the wrappers were slipped through these splits and over time have slipped and settled behind the border. I like to think that this is the result of a student having to hide the evidence, maybe after an illicit midnight feast? They certainly got away with it as it’s taken around 76 years for their secret to emerge.

Brilliant, no? The house is surrounded by amazing historic gardens that must have seen more than their fair share of dalliances and drama. The hidden chocolate wrappers of girls-gone-by is just one teeny charming goings-on.

PS: One of the Dukes was married to Deborah Mitford!

PPS: John F Kennedy’s sister Kick married the son of the 10th Duke! Then the son died. And then Kick died too. It’s all very sad. 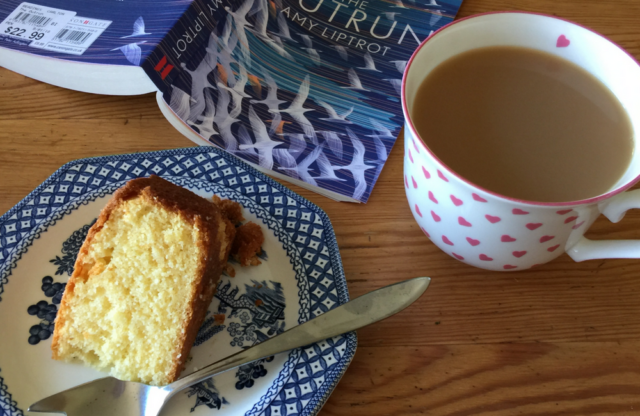 Taking Stock: Hello April!
Soooooo. It's APRIL everyone. I know. How? It's some kind…