:: How I Made Gluten-Free Berry Afternoon Tea Loaf 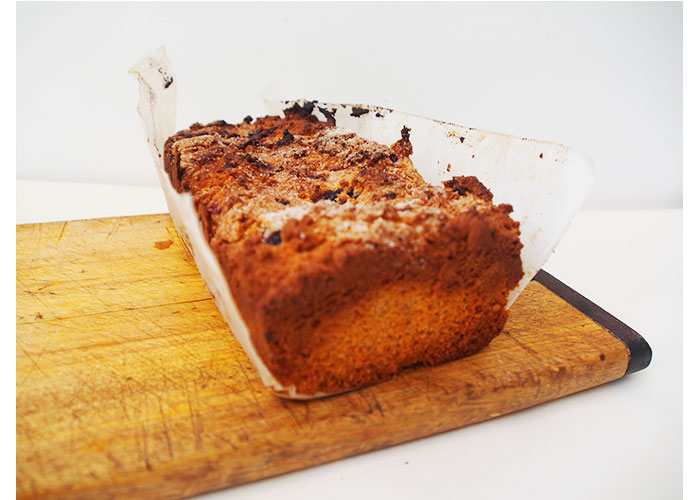 On Saturday Cam (boyfriend aka King Of The Kitchen) went surfing for most of the day, so I got to have some kitchen time without anyone else buzzing around me. Granted it was 35 degrees, but our oven is outside so it was actually really nice to whip up a couple of things and I didn’t even melt. Phew!

At our house, Max’s cute girlfriend Rebecca AND Cam are both on the gluten-free path. I thought it would be nice for Becca and Max and Ari to have something nice to eat when they (finally) woke up, because it had been such a boiling hot night PLUS I knew Cam would be starving post-beach, so it seemed like a nice idea all ’round.

I made Banana Bread (with normal flour – for Ari and Max) and a Berry Loaf with gluten-free ingredients (for Cam and Becca). They both turned out really great which is always a total relief, especially when you are playing around with gluten-free. Not in the least bit heavy and delicious to the last bite.

We took the leftovers on a picnic to the Botanic Gardens yesterday and snacked on it amongst the lush lakes and cheeky birds. So perfect! 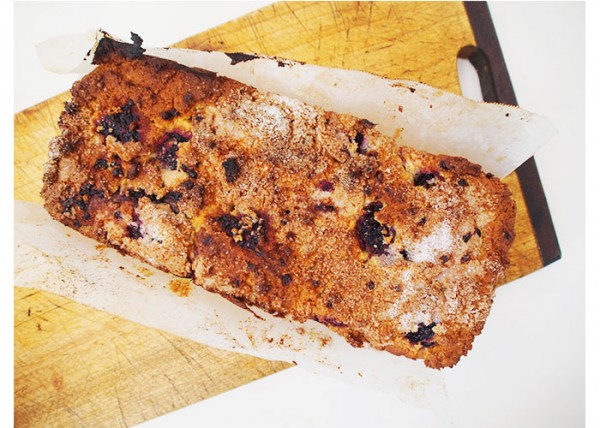 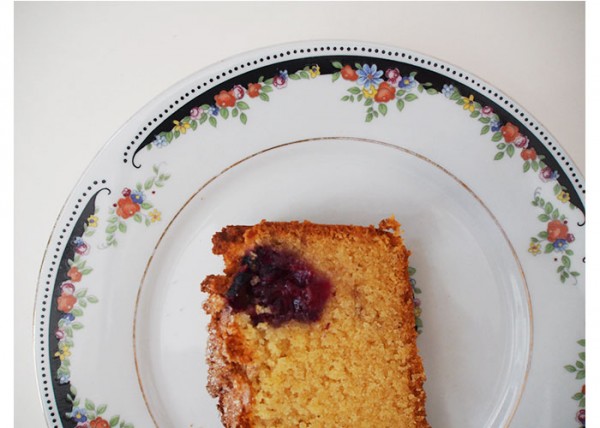 1/2 cup of butter
1 cup of caster sugar (or you could use another type of sugar)
1 tsp vanilla extract (or essence if that’s what you have)
1 cup of coconut flour – I bought mine at Woolworths
1 cup of gluten-free plain flour – again from Woolies
1 tsp of gluten-free baking powder
1/4 teaspoon salt
2 eggs
1/2 cup of blackberries (or whatever fresh/frozen berries you like)
1/2 cup of frozen raspberries (or similar!)

Cream the butter and the sugar until pale – I do that in an electric mixer. Add the vanilla essence and beat it in nicely. Next add the eggs. Beat in the flours, baking powder and salt gradually and beat until nice and light.

Turn the mixer off and fold through the berries gently.

Butter a loaf pan very well – I melt some butter and brush it all over – THEN I line the pan with baking paper as well. My final non-stick trick is to line the buttered pan and then FLIP the paper over so that the buttery side is up. I smoosh the paper back down so both sides are nice and butter and stick-free! Magical and stick free!

Now, spoon the mixture in – it’ll be quite light – make sure you push it into all corners of the pan. I sprinkle it with sugar and cinnamon now to add a nice crust to the top of the loaf.

Cook in a 360 degree oven for about 50 minutes – until golden firm and pulling away from the edges of the pan.

I like to yank it out of the tin and let it cool (with paper still tucked around it) on a rack.

Serve cut into thick slices with cream or ice-cream or buttered if you fancy that. 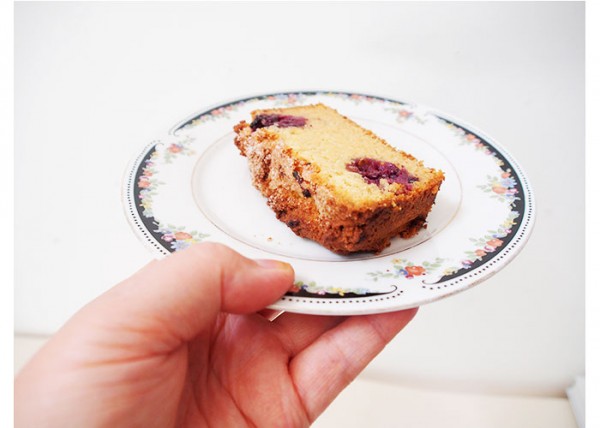 See you tomorrow! I have something cute to show you then!