The little things are the big things, aren’t they? Why yes, they really are. Here’s a bunch you might like to keep an eye out for as you buzz about your day…

Gem 1. The things you have achieved that you have sort of forgotten about because you’re on to the next thing

I think this is such a modern life type thing! We’re encouraged to be goal-focused and not rest on our laurels, but it stops us from taking the time to think about how far we’ve come and the things we might have achieved. I think we should all be mindful of our successes as often as we can (without getting an exploding head or anything!)

One good way of finding your feet and putting a lid on the constant looking ahead is to keep looking back. Get a pen and paper, write down the good things you’ve done so far. Keep adding to the list and give yourself a blinking good pat on the back for doing your best.

Of course it’s great to set goals and look forward, but not so vigorously that the ace stuff you’ve done become obscured from view.

The micro-communication that happens on social media or email or text, can threaten to become the norm. Conversations are reduced to snippets and sometimes that means that our big picture view of the people in our lives are reduced to of-the-moment, compartmentalised snippets too.

I think it’s important to broaden your focus and trace the emoji-filled, chatty breadcrumbs of those relationships back to their roots. Think about how GREAT some of your fave people are and what they bring to your life. Imagine what you’d say about your friendships if someone was filming you for a documentary about friendships. (Well you NEVER KNOW!)

Count your friendly blessings, is what I am saying here.

Gem 3. The beautiful light in your room/house/world/life

In a world full of stuff there are many special things that can not be owned.

The pretty light that crops up as you go about your day is one of those special things (others are rainbows, nice breezes, dew drops and the like.) Make a sometimes ritual of noticing when the light is doing its special snazzy thing near you.

You don’t even have to capture it, interrupting your nice-light-moment by whipping out your phone. Instead just mumble a little nice-light compliment to the universe/yourself and soak it up for as long as you can. ‘Pictures or it never happened’ does not apply to the calming, positive ritual of noticing you’re part of something beautiful that’s way bigger than you.

Gem 4. The smell of something good – perfume, brewing coffee, frying garlic, flowers on the way to the bus stop

Rushing from a to b as you’re totally OWNED by a particularly aggressive to-do list is really not a cool idea. Go from a to BE (that’s totally an Oprah thing to say, amiright?!) instead and find sensory ways to connect with the world around you. Slow down and smell the roses. No. Actually really DO that.

An ace way to ground yourself a little, and confirm your steady place in the chaos, is to focus your senses on the good stuff around you. It’s a bit like looking for the light, except instead of using your eyes, you use your nose! I know! Genius!

Seek out the smell of good things as you go about your day. Be thankful for wild freesias, baking bread, simmering soup, the next door’s fresh mown lawn. Use these fragrant gems to mark nice moments in your day, times you stop and think about what’s going great for you, there and then. (If you smell something non-nice, just close your nostrils. It’ll be fine. Ugh.)

Gem 5. The sneaky chortle, when something delightful catches you by surprise

The sneaky chortle is not an oft-talked about life benefit, but it’s actually a pretty amazing and very affirming thing.

We like to think we can mostly keep a lid on our our emotions, but the sneaky chortle begs to differ. It wants you to know that you’re ever-changing, life is full of possibilities and joy is always an option, sometimes when you least expect it.

You can set yourself up for sneaky chortles by not ALWAYS reading much-lauded literary fiction – add some funny books to your pile. You should also consider watching comedies that were made in the 80s and 90s before everyone got super polished and scripts were workshopped within an inch of their life.

Do give your chortles a nod when they pop up, because it’s quite a tricky thing to achieve. (Snorts are gems too, btw!)

Gem 6. The cosy ease, when your body and your head align and things feel relaxed and peachy in this moment

This – number 6 – is a bit like number 1. It can slip under the radar, overshadowed by noisier, darker feelings of angst. It’s such a shame because the cosy ease really should have top billing in the gem stakes.

Let’s face it, we’re often inclined to focus on the drama and the mess of life. Rarely do we celebrate when things are feeling fleetingly peachy. Perhaps we’re aiming for something more substantial and graspable?? A ‘happy life’ instead?

I’m more of a fan of these fleeting, nice moments and think the cosy ease is an under-rated gem.

Plus, when you piece all the bite sized, cosy ease moments together they add up to something pretty ace. Not only that, the fleeting cosy ease keeps you on your toes in a way that the happy life doesn’t. It stops you from being complacent and fosters innovation. Truly. It does. I know.

Here’s hoping that you have room in your day for some of these simple sparkles! Don’t forget to watch out for the gems. 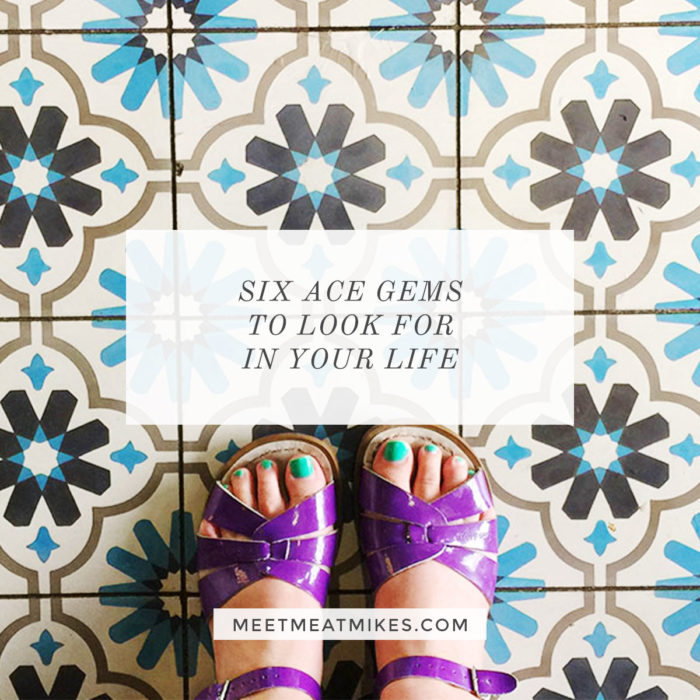