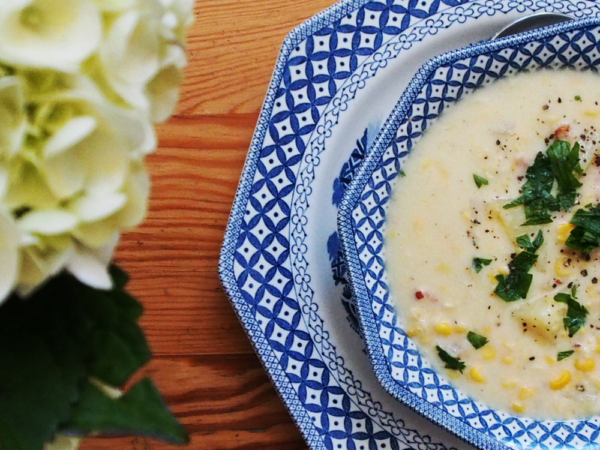 Yesterday, Rachel Power (author/editor of Motherhood & Creativity), Clare Bowditch and myself were on the radio to talk about juggling parenting and creativity, with a bit of a focus on Rachel’s (great) new book. I love doing radio. There is none of the stress of looking nice and all of the opportunity to talk about things that are important to you. Jon Faine’s program, The Conversation Hour is a bit of a Melbourne institution and I felt very lucky to get a chance to be part of it.

We all got to speak about our own creative lives and the juggle that parenting can be, but as callers and text-ers began airing their views, it became clear that people either understood how important creativity is to humans or… they didn’t. There was much talk of us being idealistic (we’re not) and one person even remarked that children should always come first (perhaps implying that women shouldn’t have creative aspirations at all?!)

Justine Clarke’s partner messaged in, in solidarity. (Later we decided to try to force Justine to have lunch with us). Someone I used to work with messaged in too. #sonice #helloBrendan

Another lady phoned in to talk about just how hard parenting is when your child has a disability. To her, our efforts and juggling were best filed in the ‘first world problem’ basket because not only was her daily experience so difficult, the concept of even contemplating a creative life seemed totally out of reach.

It’s terrible, terrible, terrible that so many people/parents are so isolated. Whether their child has a disability, or there are other issues like low-income, mental health problems, other health problems, relationship issues… the result can be the same. Daily survival becomes the priority and I can understand why hearing us talk about trying to write books or paint or make music whilst still being an adequate/awesome parent seemed like a bit of a slap in the face.

I always learn a lot from experiences like this. When I reflect on how the program went, I think this:

1. Too many people are isolated. There have to be ways to reach out – whether it’s those people finding the strength to ask for and receive some help OR whether it’s us looking for opportunities to lend a hand when people are overwhelmed or alone.

Having a nice life is NOT a luxury. We need to find ways to give marginalised or hidden heroes like yesterday’s lady-who-rang-the-radio more opportunities to do the things they want to do – while still being great parents. And we need to give them a voice, because yesterday showed us that they do not feel (or are not being) heard.

2. Being creative or seeking fulfilment and meaning are not  ‘first world problems’. Everyone deserves to live a full life, whatever that means to them. If we’re not here to make the most of things, what the heck are we here for? Someone? Anyone? Monty Python?!

3. Trying to make things better is not idealistic. It’s pragmatic. If things aren’t working, let’s work out why and fix them. Hoping for more is not a lofty pursuit it’s a vital ingredient in leading a meaningful life.

4. Diminishing others’ experiences because they don’t mirror your own is doing us all a disservice. Surely we want the best for everyone, whatever that means? Better to change the language and talk about the fact that we either don’t understand the experience, are not really that interested or even admit we wish we could have a turn at the thing the others are doing, too.

5. Creativity might not look the same to everyone. Being creative may mean painting a landscape, playing an instrument or writing a book, but it also might mean making creative decisions about how you live your life, taking the time to cook something beautiful, reading a wonderful book and pondering its pages, knocking up an awesome BBQ made from roadside finds, encouraging your kids to make up songs. It comes in many guises and does not always indicate a creator who is covered in glitter and rainbows and grinning beatifically.

6. Creative careers don’t denote entitled, wealthy, misguided or deluded individuals. Nor are they just a hobby. It appears that some people think that is the reality of what creatives do! It’s really not. The panel of 3 creative women not only work super-hard at their chosen pursuit (even if I do say so myself), we still have to pay the rent, cover the bills, look after our families, make ends meet – just as a plumber or PA or accountant or tram driver might.

7. The language around creative pursuits scares some people, while others relish it. Some switch off whilst shouting ‘lefties!’ whilst others pull up a chair and a cup of tea and try to knit a sock.

8. The ideas around making room/time for creativity is a discussion we need to keep having, despite the fact that it makes (some) people cross. There are other discussions too  – around the isolation of many people in our community and around the role of women and why we’re constantly reminded our children are ‘our priority’ (ask any mother if her children are her priority and she’ll look at you weirdly because… DUH! No sh*t, Sherlock. Preaching to the choir!)

9. Most people are supporting the creative arts, even those who say creativity is piffle. You might be poo-pooing the creative ladies on the panel, but you’re singing along to the radio later, you go home and watch a TV series based on a script someone wrote, you’re buying products in packaging designed my someone, you’re booking tickets to a show… HELLO! You’re a creative philanthropist, Buster!

Thanks to Rachel and ABC Radio for a great day yesterday. Hopefully the podcast will be up today and you can have a listen. (Or subscribe to The Conversation Hour here). 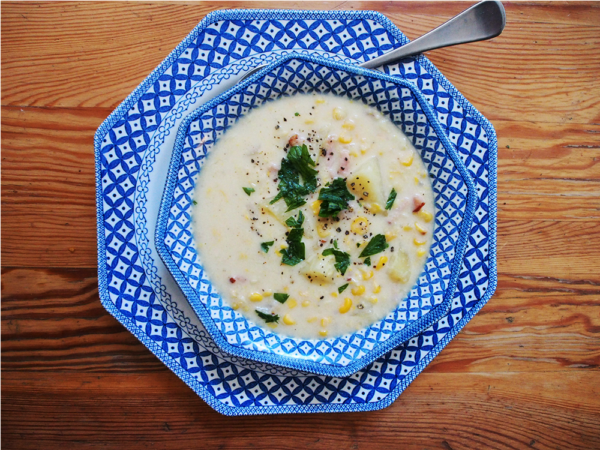 In a large pot, melt the butter.
Fry off the onion until translucent.
Add the bacon, fry for a minute or so.
Toss in all the other ingredients (except the s&p and parsley).
Simmer over a low heat for 30 minutes or until the potato is tender.
(Don’t let it boil madly or it will not be nice!)

Serve with lots of cracked black pepper, salt to taste and some parsley to spruce things up!